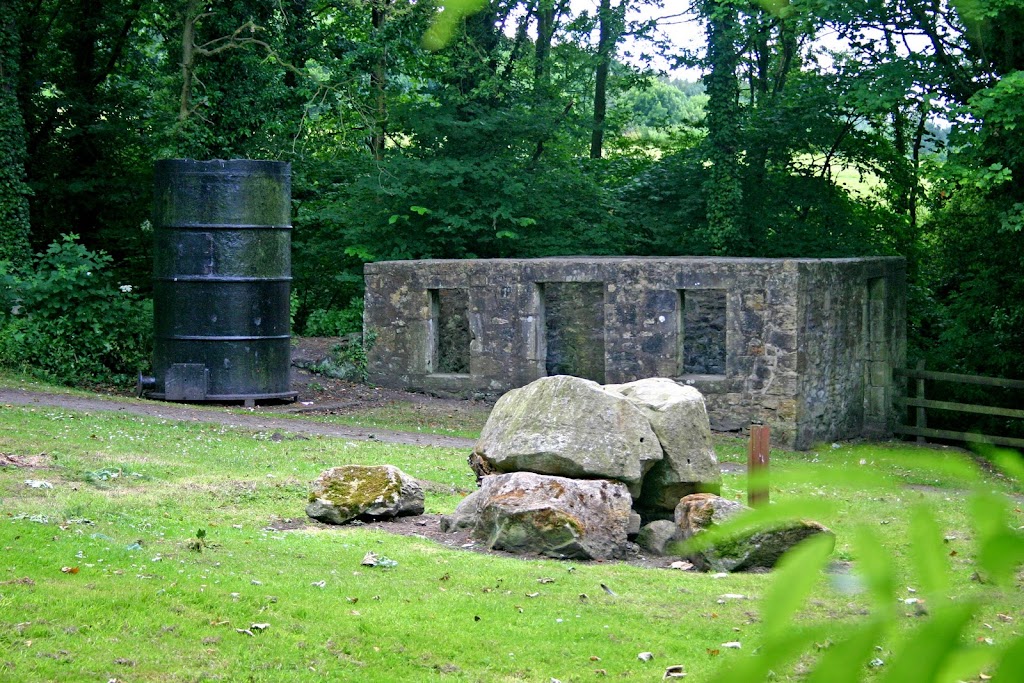 SCOTS inventor James Watt – and his links with Kinneil House in Bo’ness – will be celebrated during free open days this weekend.

The events have been organised by Historic Scotland in conjunction with the charity The Friends of Kinneil.

Families are being encouraged to come along to Kinneil House on Saturday, April 21, and Sunday, April 22, 2012. Tours and interpretation will be available from noon to 4 p.m., with the last admission to the House at 3.30 p.m. each day.

Visitors will be able to hear all about Watt’s work, see the remains of his former workshop (pictured) and see inside Kinneil House, the home of his early business partner, Dr. John Roebuck.

The House boasts some of the best renaissance wall paintings in Scotland and dates back to the 15th century.

The weekend event will give visitors the opportunity to meet historian and author Allan Burnett. Dressed in period costume, he’ll take visitors back in time to when James Watt, hosted by Dr. John Roebuck, carried out secret experiments to improve the Newcomen steam engine at Kinneil.

Gillian Urquhart, from Historic Scotland’s events team, said: “Over the weekend of April 21 and 22, visitors will be able to meet Allan who will explain about Watt’s work, the kind of man he was and the role of the early experiments he began at a cottage in the grounds of Kinneil House.”

Maria Ford, the chair of The Friends of Kinneil, said: “James Watt is one of Scotland’s greatest innovators. His development of the steam engine into a true industrial workhorse changed the world.

“Many people know about Watt, but not about his early experiments at Kinneil and his links with the estate. We hope this open weekend will make people more aware of his legacy and the important role Kinneil played in his rise to prominence. Visitors will also get a chance to see inside Kinneil House, which is steeped in history – and even boasts its own ghost!”

Sadly, his business partner, Dr. John Roebuck, went bankrupt and had to transfer his share in Watt’s work to industrialist Matthew Boulton of Birmingham. The improved steam engine was finally perfected away from Bo’ness.

Last year, the Bank of England issued a new £50 note to mark the partnership of Watt and Boulton – a partnership which was formed thanks to the misfortune of John Roebuck of Kinneil.

Find out more at www.kinneil.org.uk/jameswatt

The free open weekend is part of a series of special days organised by Historic Scotland and The Friends of Kinneil to provide better public access to Kinneil House. Allan Burnett will be on site both days from
noon to 4.00 p.m. on April 21 and 22.

You can view the exterior of Kinneil House – and tour the grounds – all year, but can only see inside the building during special, free open days, organised by Historic Scotland with the support of The Friends of Kinneil (Charity Registration Number: SC038368).

The House was originally a 15th century tower, remodelled by the Earl of Arran between 1546 and 1550. It was transformed into a stately home for the Dukes of Hamilton in the 1660s. The Hamilton family later leased the building to notable people, including Dr. John Roebuck.

The House is the centrepiece of the Kinneil Estate, a public park on the western edge of Bo’ness in central Scotland. It is just off the A904/A993 and is part of the Frontiers of The Roman Empire World Heritage Site. The park includes a Roman fortlet, part of the Antonine Wall, and the remains of a medieval church.

Beside Kinneil House is Kinneil Museum – operated by Falkirk Community Trust. It interprets the House and wider estate. Admission is free – and the Museum is usually open from Monday to Saturdays throughout the year, from 12.30 p.m. to 4 p.m. Please note the Museum is currently closed for upgrade works, but is scheduled to re-open on Wednesday, May 9, 2012. (Call Kinneil Museum on 01506 778530.)

To visit Kinneil House and Estate, see www.kinneil.org.uk/map  or use the postcode EH51 0PR on satellite navigation devices.

The Friends of Kinneil is a registered charity
Charity Registration Number : SC038368