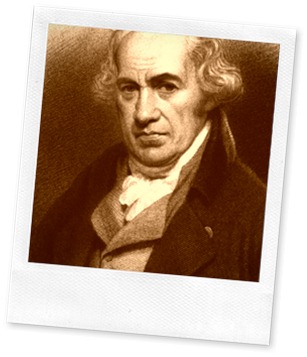 Buy a humble lightbulb – and you’re instantly reminded about the inventor James Watt. For more than a century we’ve used his name to mark units of power.  Apparently one watt is equal to one joule of energy per second.

Bo’ness Labour MSP Cathy Peattie has lodged a motion in the Scottish Parliament to mark the 275th anniversary of Watt’s birth, calling him “a brilliant Scottish engineer who stands among the greatest figures of industrial history”.

This Friday (January 21, 2011), The Friends of Kinneil charity will mark the Watt anniversary with a private dinner for members and guests. However, people all over the world are remembering Watt’s legacy.

This week, in Hamilton, Canada, a museum was hosting a film show and other birthday events in Watt’s honour. Closer to home, Heriot Watt University in Edinburgh – named after the great inventor – was holding its own dinner.

You can pay tribute yourself by finding out more about Watt. Visit the remains of his workshop in the grounds of Kinneil Estate in Bo’ness – then pop into Kinneil Museum to find out more about the area’s industrial legacy (open Monday to Saturday from 12.30 p.m. to 4 p.m.)

There’s also complementary display on the industrial revolution at Callendar House Museum in Falkirk (open Monday to Saturday from 10 a.m. to 5 p.m. – last admission 4 p.m.). Both museums are free of charge to visit.